Been there Don Det


As we left Banlung to cross into the 22nd country of our journey it's fair to say we considered ourselves seasoned seasoned "border crossers" used to the inevitable delays, confusion and of course the possibility that a crumbled up multivitamin tablet might be considered a class A drug. However nothing we've experienced so far compared to the Cambodia/Laos border.

At first glance it seemed like a pretty straight forward itinary. We would catch a minibus from Banlung to Stung Treng and from there we would await another minibus to transport us to the border where a third bus would complete the trip to the ferry port for Don Det. As the crow flys it's a journey no longer than 150km or so.....straight forward right. Maybe in Europe but not in Asia. In total the journey took us around 12 hours (we were quoted 6).
Now I know what some of you are thinking. "Oh well you are in a very poor part of Asia with poor infrastructure and so on and so on" and yes we do understand that when they say 6 hours for a journey it will normally take 8 and yes your four seat row will contain five people and three different kinds of livestock. We also accept that the chassis of the van will be held together by chewing gum and the prayers of all on board, but the most infuriating thing for us is being made to look like fools by the only knob head in Cambodia. Sadly all we can do now is ensure nobody else is made to look like a fool.

Firstly if you arrive at the border (in our case it was late in the day close to closing time) you will pull alongside a small restaurant shack. A Cambodian man will greet you (to help the story I'm going to call him Mr Unt) and ask you all to quickly follow him as so you can fill out the relevant forms. Mr Unt will also divulge you in a merry tale of how if you give the form and passport to him he will kindly process them "very quickly". However if you attempt to cross the border yourself you could get stuck in "No Mans Land". Mr Unt will also show you a piece of paper with the latest visa fees and he will pass your money onto the desk for you.

Basically all you need to know is that Mr Unt no matter how much he claims to know is only experienced in two things "bullshitting and robbing tourists". W payed $45 dollars to cross with Mr Unt and if you don't have a passport photo you somehow pay $5 more. To add insult to injury Mr Unt took two hours to process the passports "very quickly" at which point we then walked across an unmanned border and waited another 45 minutes for our bus to turn up.
A German couple made the very wise decision to ignore Mr Unt and payed half the price.

I hope this information helps anyone looking to make the same trip and as a final tip if you travel on a weekday like us you pay less than on A Saturday or Sunday. Worth remembering. 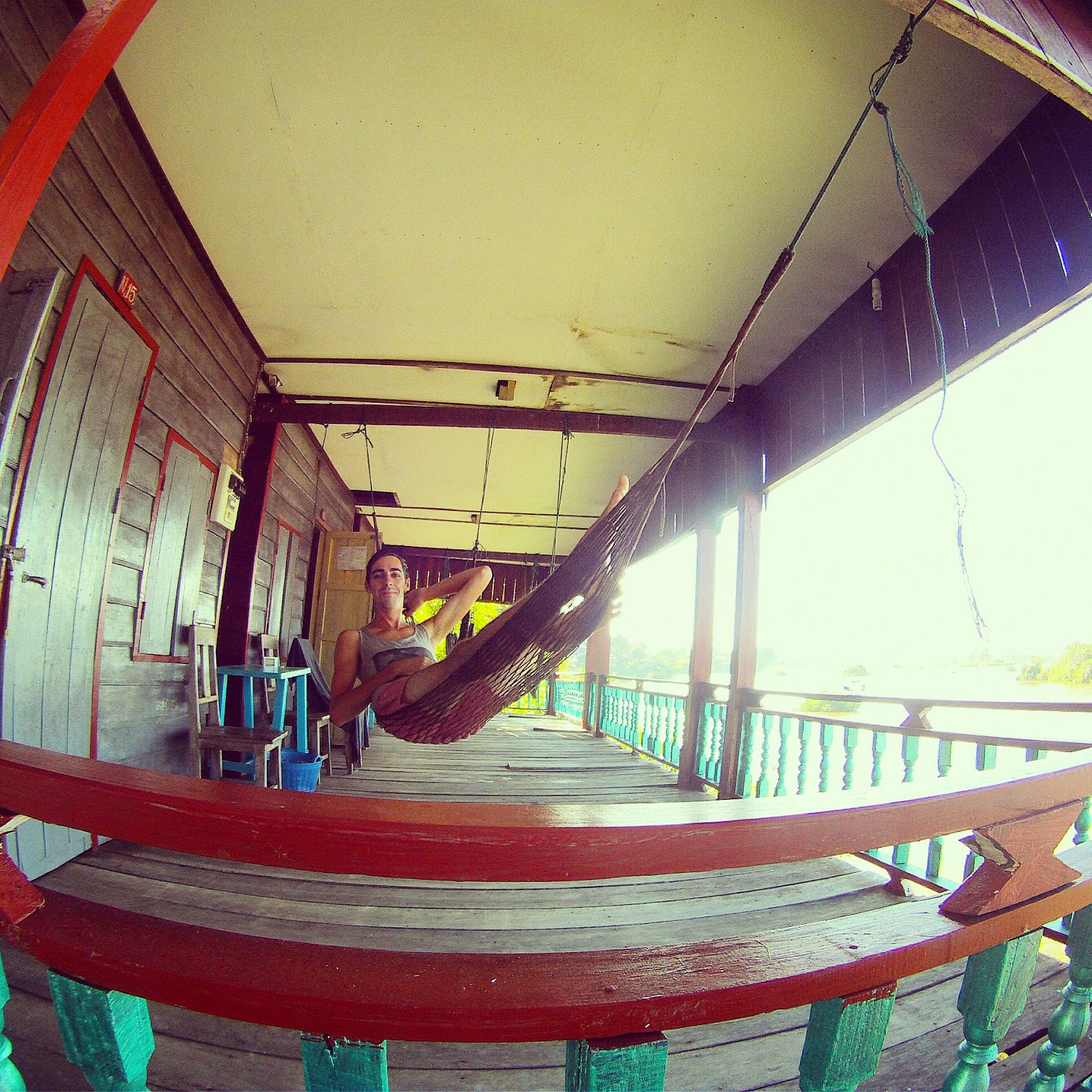 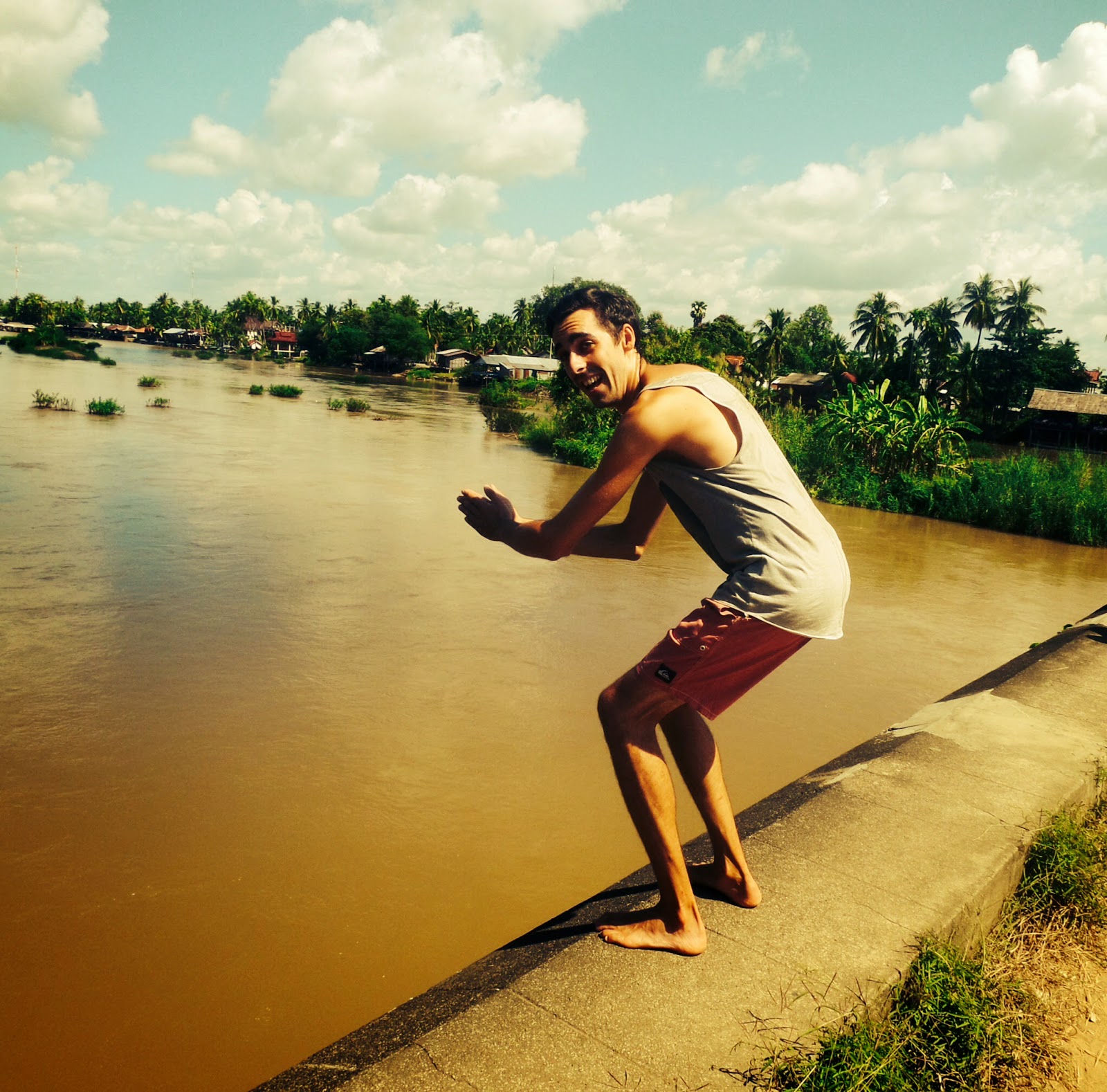 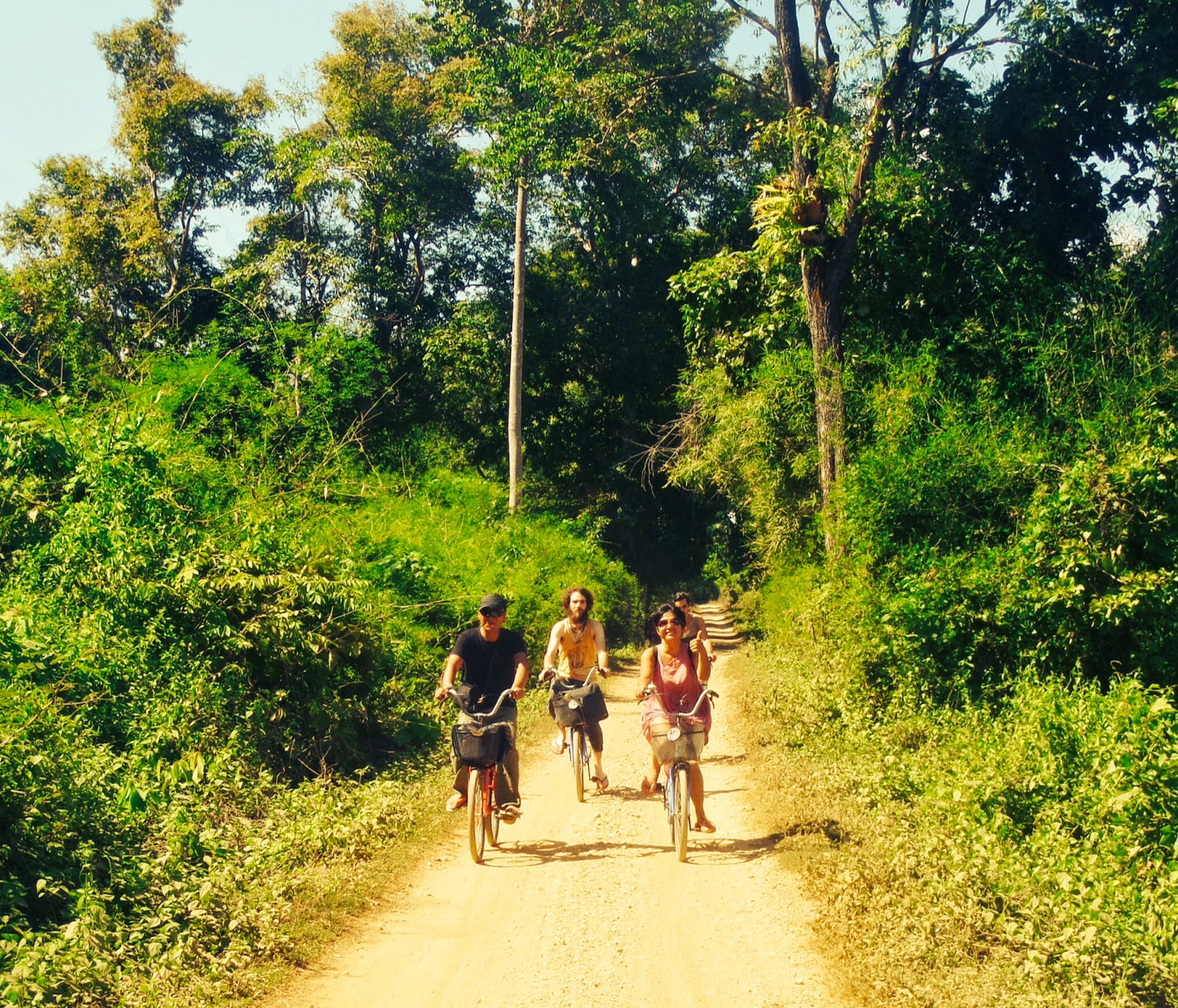 Thankfully after our eventful day we arrived on Don Det exhausted and under the cover of darkness. This turned out to be blessing in disguise as it meant the true beauty of the 4000 islands was hidden from view until the following morning.

On the advice of our friend Sandra we opted to stay on the Sunset side of the island at "Mr B's Guesthouse". This basic but quiet collection of bungalows is very popular with backpackers due to the cheap, comfortable rooms at 40,000 kip (£3.50) a night for a bungalow and it's amazing views of the Mekong. Hammocks included there is no better spot to relax and do nothing. Mr B was incredibly helpful with arranging our bus arrangements off the islands and the food prepared by his family really hit the spot. 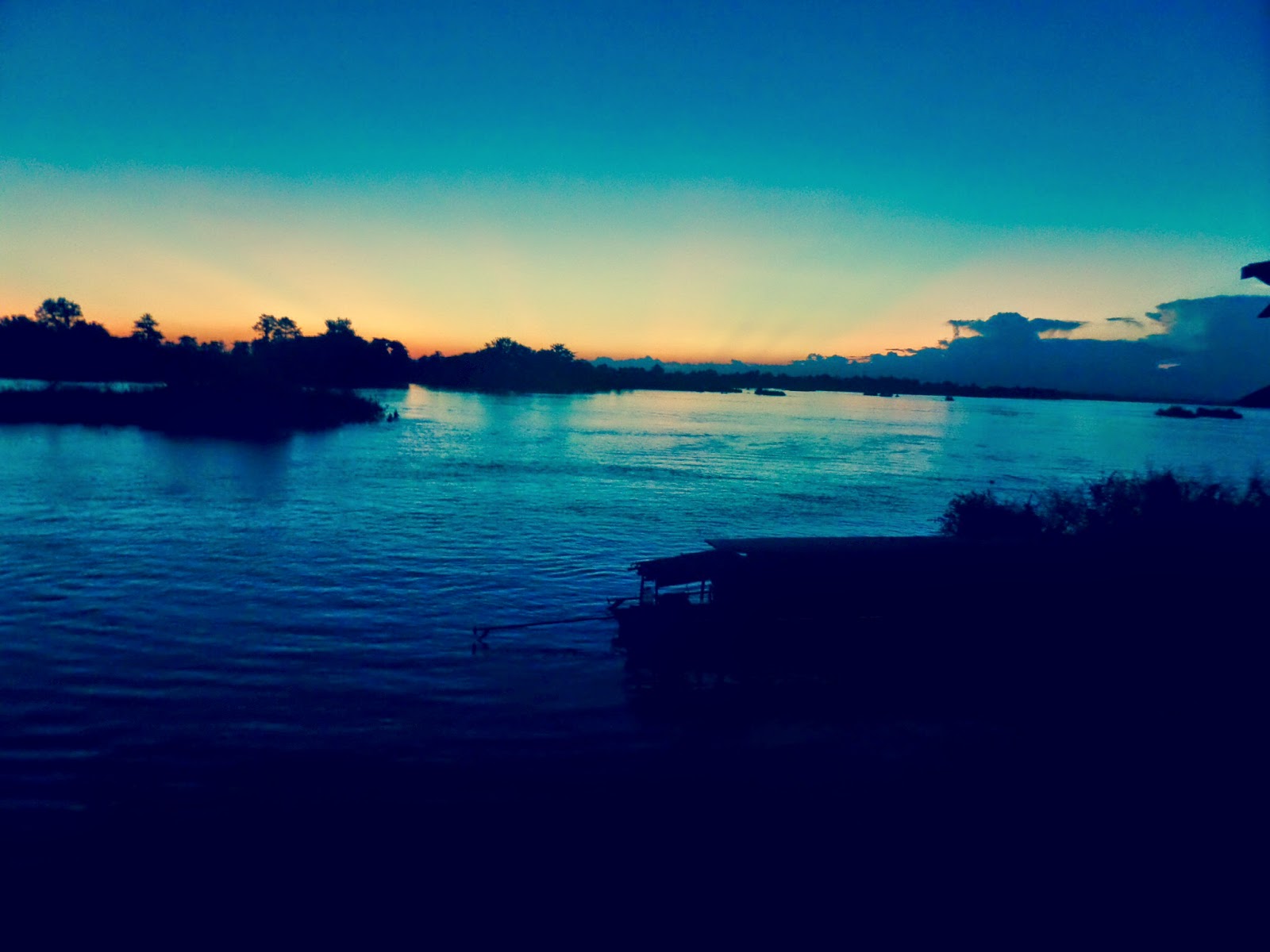 When it comes to finding good eateries on Don Det your spoilt for choice but our favourites were Mr Oi's on the sunset side close to Mr B's and Mama's Place on the sunrise boulevard. Both offer amazing Laotian and Western cuisine although you have to try the pumpkin burgers or banana pancakes with chocolate. Nothing better on Don Det.

The best sights around Don Det are the waterfalls which can be found on Don Khon Island (linked by the French Bridge). The best way to explore the islands is by bike and bicycle hire cost 10,000 kip (80p) a day.
The most impressive of the falls are at Tat Somphamit located on the south west side of Don Khon. It's an amazing natural show of strength by the mighty a Mekong made up of dozens of waterfalls. It costs 25,000 kip to cross the bridge and view Tat Somphamit so make sure you see it to avoid extra charges. It's also worth noting there is a nice bar overlooking the Mekong with a small beach on the grounds.

If you have enough of cycling through rice fields and make it to the south of Don Khon there is a great view point of the Mekong at Ban Hong Khon. It's a great spot for panoramic views and this is also the place to hire a boat to view the Irrawaddy Dolphins (although there are more to see in Kratie, Cambodia).


Another set of falls are located on the Eastern edge of Don Khon on Don Som Island. It's a collection of smaller falls, not as impressive as it's neighbours at Tat Somphamit but still worth a visit. You find much less tourists as it's a bit of a ride and unlike the larger falls it's free to see.

It's true that once you've seen the falls there not much more sightseeing on the islands unless you want to hop upriver to Don Kong but really that doesn't make the visit boring. Many people stay here for a week or two, some never leave and really when your in a place wish such peace, tranquility and beauty. Who would want to rush back to the urban jungle. 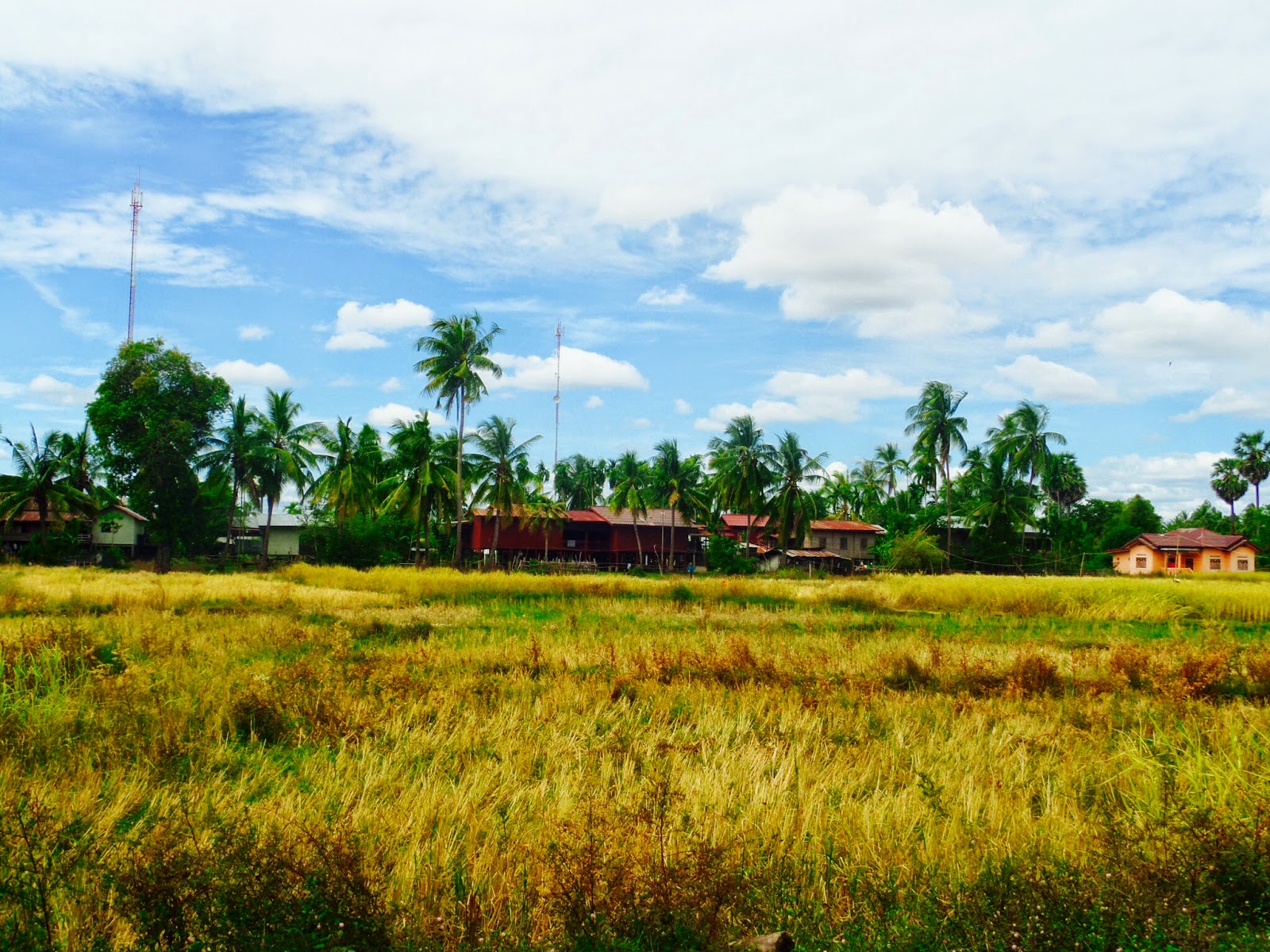 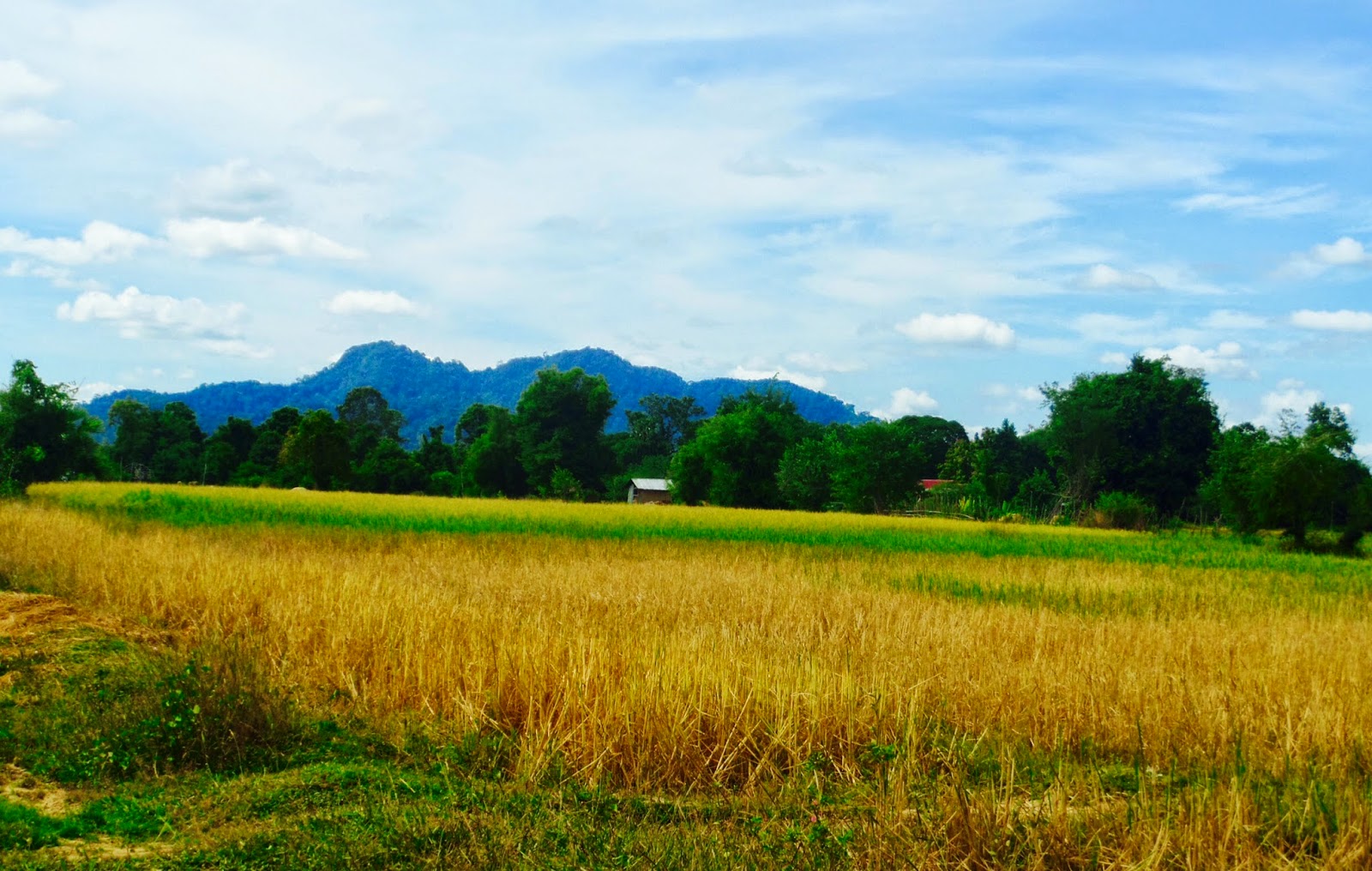 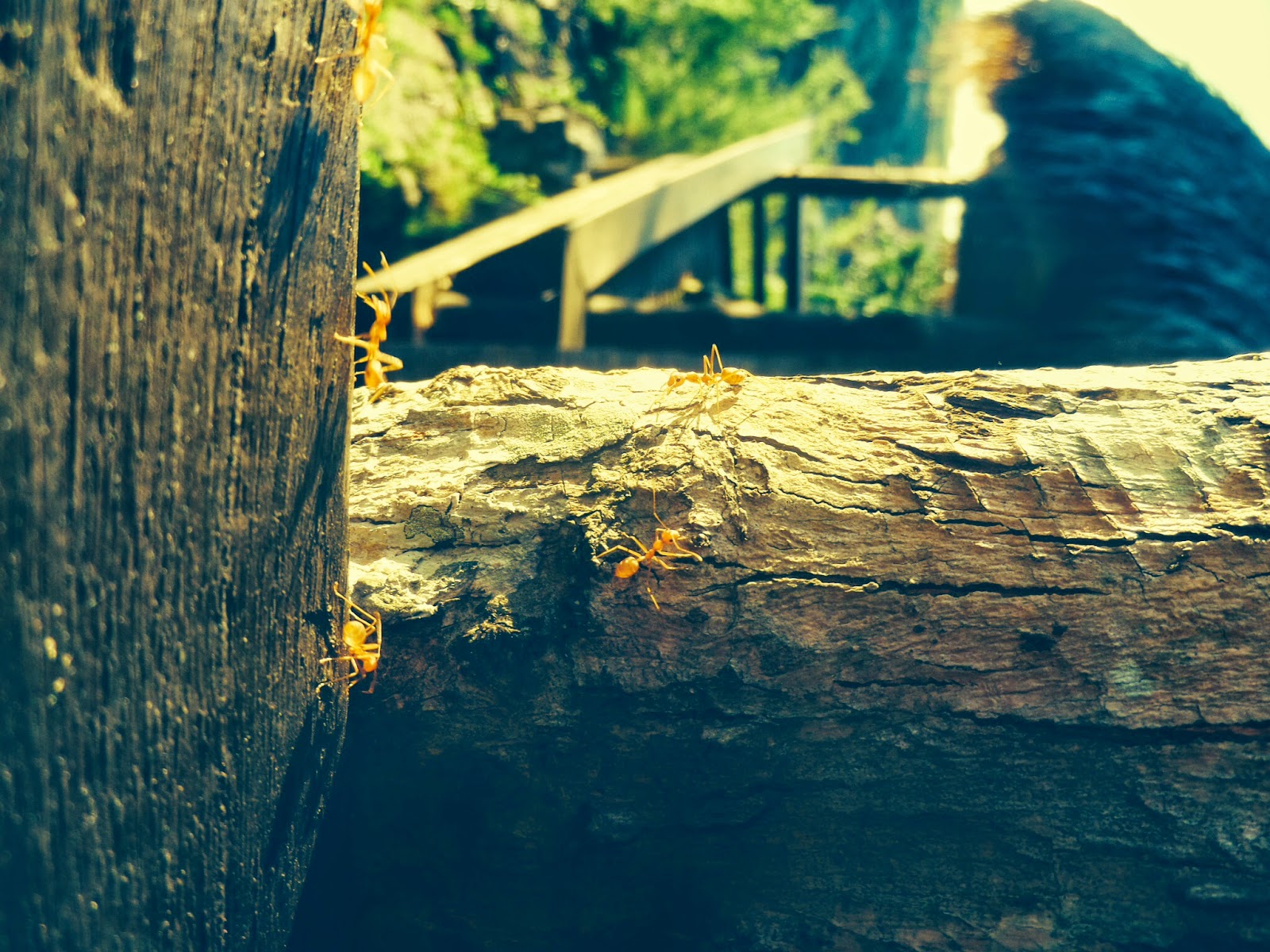 I must add that we stayed four nights but that's not because we wanted to leave its because we have a point to prove and a challenge to finish......oh and 25 days to head north before the visa expires. See it's not all fun and games.