We were awoken at around 5:30am to the sound of a disgruntled park ranger talking sternly to Dave and Bastiaan. As suspected our roadside camping spot was within the national park boundaries and we weren’t supposed to be there. Luckily the lads jumped into the naïve tourist routine and thankfully the officer let us off with a warning which meant we avoided an on the spot fine if we hit the road within 30 minutes. This suited us fine as we were close to a few sights of interest and then had plenty of time to reach a campsite relatively close to Kalbarri National Park to the south.

The first of the sights south of Denham is a lookout known as “Eagles Bluff” where the guide said you can see dugongs, sharks and whales from the from the high cliff face. Sadly for us there were no creatures to spot other than the odd sea bird but with a great panoramic view along the peninsula it still worth a visit.
. 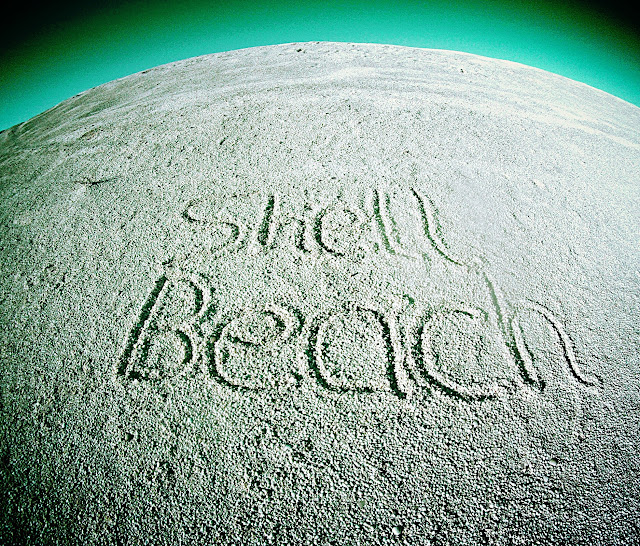 Heading south just before the boundaries of the protected zone is “Shell Beach” which as you may guess is a beach with plenty of crustacean carcasses. This is a much nicer spot and actually offers a beach scene unique to the area. Now all Western Australia needs is a beach full of pebbles and it may be able to recreate a typical British seaside scene.

A few kilometres away from shell beach is “Hamelin Pool” which is home to one of the oldest creatures on the planet. No not Bruce Forsythe, they are in fact Stromatolites. Layered rock made up of a colony of single celled cyanobacteria that use a sticky surface to trap sediment. The sticky solution reacts with calcium carbonate to form the limestone home. To be honest they are interesting if you consider their evolutionary importance but to be honest after five minutes of staring at a group of rocks even the most enthusiastic visitor gets bored and moves on but hey it’s another creature to tick off.

The rest of the day was spent on the open road as we covered the few hundred kilometres south to our night stop at Galena Bridge free camp site. It was a nice spot by the river and had plenty of deadwood to make a cosy camp fire.

Another early start this time on our own accord as we hastily closed the 100km gap between us and yet another National Park, Kalbarri. Like its larger WA cousin Karijini, Kalbarri boasts stunning rust covered canyons and crystal clear rivers all within spitting distance of the coast and a town of the same name.

Ross Graham lookout offers great views of the Murchison River as it cuts through the landscape to form a steep rugged gorge. Unlike Karijini this was a case of passing through and grabbing a few photographs as we went. Sadly we had to make up for lost time to reach Perth but in all honesty the fly problem was a real factor. There are other lookout spots, abseiling tours and river trails to the north but you need a day or two to make the most of them.

If you visit this national park I advise you to wear some kind of face net. It makes you look like a bee keeper but it better than having to eat your way through the flies like we did.

Still peckish following our crunchy fly starter we stopped for lunch in the coastal town of Kalbarri and made use of the petrol station to restock on the dwindling fuel supply. It a sleepy place populated by an ageing community of retirees and a steady flow of grey nomads but is rumoured to be a good place for windsurfing and sea fishing. Heading south are a few more lookout points along the rugged coastline. Red Bluff and Island Rock were our favourites as we managed to grab a few brief glimpses of a humpback whale as it hugged the coast north following the plankton blooms. A rare sight for most and one I was finally thankful to tick off after the lack of humpback sightings north in Exmouth.
It certainly blew the rock sighting out of the water.