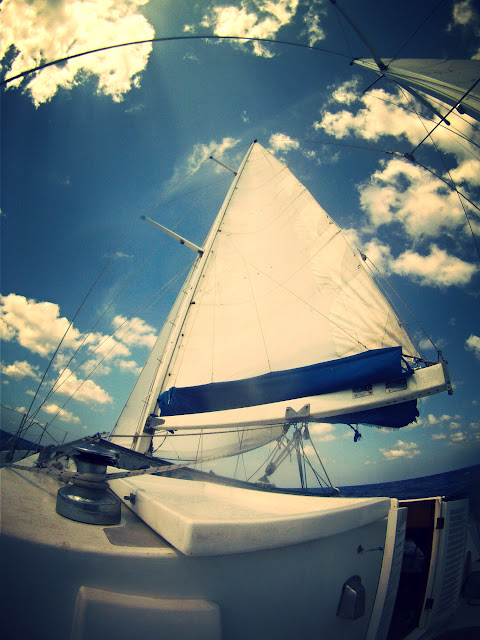 Our last day in Southern Lombok was a real treat and symbolised the end of the pleasure cruising part of our voyage. What lay ahead was a four day slog across the Indian Ocean to Australia. After a short surf session and a final farewell from Dane and the girls Storm finally gave the orders to hoist anchor and ease the Strickly Bizness out of the congested bay for one last time. It was slightly peculiar that after almost a week of hugging the coastline and moving from one visible island to the other our co-ordinates now led us out into an ominous, crystalline desert. 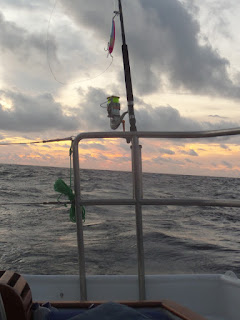 Surprisingly Storm’s planned one more excursion to the agenda in the form of the rolling shoals which apparently is one of the best fishing spots in the world and would hopefully add a little variety to the monotony of heading in a straight line to Broome. Josh and Ben decided that catching our own grub would now be on the cards since we were outside waters quote “screwed over by dynamite fishing fly swatting bastards” and set about rigging up some rods to trawl from the rear of the ship.


Consistent with most of the trip so far we were unable to utilise the sails due to the warm, calm weather although to be honest using the engines didn’t bother us too much. If Storm had given me the choice between death by carbon monoxide fumes or drowning in a tropical storm at least the first option offered a nice peaceful, dreamy drift across the veil. Our spirits and banter were high (perhaps due to the beer or fumes. I couldn’t tell) and as the evening set in at the end of the first full day Mother Nature treated us to an incredible starscape for the 3 hours of my shift on helm and as I handed the reins to Jono and settled in to my bunk, cloudy with exhaust fumes I had no idea that the clouds were gathering on the horizon.


By the time my watch started again the next morning the dynamics of the weather had changed drastically and it was clear that a storm had hit Storm’s night shift. The deck was strewn with the dead carcasses of flying fish that seemed to be the most common species populating this section of the Indian Ocean. I had seen pictures of them as a kid but having a chance to see them close up was a nice feeling although the books never explained how oily the things are. Although I was told they don’t make good eating I’m pretty sure if push came to shove they would make good signal flares. It was like shaking hands with someone who works at the grill in Mc Donalds. Stronger winds now meant that the sails were finally set and I could already see Storm and Ben’s enjoyment as they could begin to put the Strickly Bizness through its passes. For Jono and I it was also our first experience of large swell. We were now in waters thousands of meters deep and the stronger winds kicked up the previously stagnant water which in turn tossed the 40 foot vessel all over the shop. The rest of the crew were used to the ships motions as if they all have a built in gyroscope but for us we hobbled around the place like extras in an old sci-fi film when their space craft has just lost power to the shields.


The crap conditions continued for a whole night and the following day with no sight of any other ship. Not even a dodgy immigrant carrier which seems contrary to most media articles but the truth is we were in truth lonely mariners. It also turned out that steering a ship takes a lot more skill than I initially thought. Sure on the calm Lombok coast we had both managed with dodging obstacles but sailing in a straight line in the open ocean with no obstacles to worry about was impossible. Our skills were so bad that it was almost possible to determine who was steering when on the GPS tracker. Storm seemed to be there just to get us back on track as our attempt looked more comparable to someone attempting to draw a circle on an etch-a-sketch pad. The poor weather conditions now meant that our plan to fish in the rolling shoals was now a no go. The favourable winds would get us there no problem but we would have to struggle again the breeze back to Broome. Oh well all best laid plans and such.

During my night watch we had our first sighting of another vessel since leaving Gerupuk and it was a close shave. Those who live landlocked lives like Jono and I probably don’t know that all ships should have lights on the flanks to tell others which direction it is travelling (Red = Port and Green = Starboard). If you see a red light you know the ship is heading on a potential collision path so you steer accordingly to avoid each other. We could tell that the object appearing from the gloom was large as the white light around the object extended at least seven levels, but there were no red or green lamps. Ben told me it must be a platform of some kind and I should change our course but this only seemed to bring the object closer. A few minutes and a few hundred feet closer we could tell the ship was some kind of cruise ship. It was going to dwarf our vessel but it had no operational warning lights. It was at this point that Ben began to search around frantically and decided to inform me that we might have to wake the others up and prepare for collision if we can’t get this larger ship to change course. It turns out that most of the cruise and container ship masters only notice things on their radar and as our ship was so small in comparison they wouldn’t necessarily notice it or even be looking out of the window for it. Ben decided to take out a few head torches, set them to a red flashing strobe function and point them towards the cruise ship to make it seem like we were having engine difficulties or something. Five minutes we danced around the deck lighting up the endless darkness like an illegal sea rave before the larger ship change direction. A slight reminder that even something as small as not having a light working can have large consequences on the open sea. I suppose it’s a little like driving along a country road at night without the headlights on.


In the early hours of the fourth day the weather finally subsided and made way for cloudless, deep blue skies hanging above turquoise seas. The swell seemed to disappear as quickly as it had arrived as Storm pointed out it was due to us entering much shallower waters only a few hundred meters deep (still sounds pretty deep to me). All the signs signalled that we had crossed from International to Australian waters and a few hours later at around breakfast time we received our first of three separate fly overs by the coast guard/boarder authorities. It was all a little bit “24” with radio calls to the ship, heat seeking cameras and a plethora of questions to determine our legitimacy. I guess they have so many illegals attempting to make landfall they have to be a little bit bad cop, bad cop. The authorities arranged safe moorings for us close to Broome so we change our bearing and estimated an arrival time early that evening.


As we approached the pearling capital of Australia and after four days of seeing only flying fish we received the best welcoming party imaginable in the form of a huge pod of dolphins. The 20 to 25 strong group raced the Strickly Bizness for 30 minutes battling each other for the lead a playing to the cameras. It was a great end to an amazing trip and as we settled in the deep sea marina awaiting the immigration authorities we both felt like we had achieved something special for the first time since leaving home. 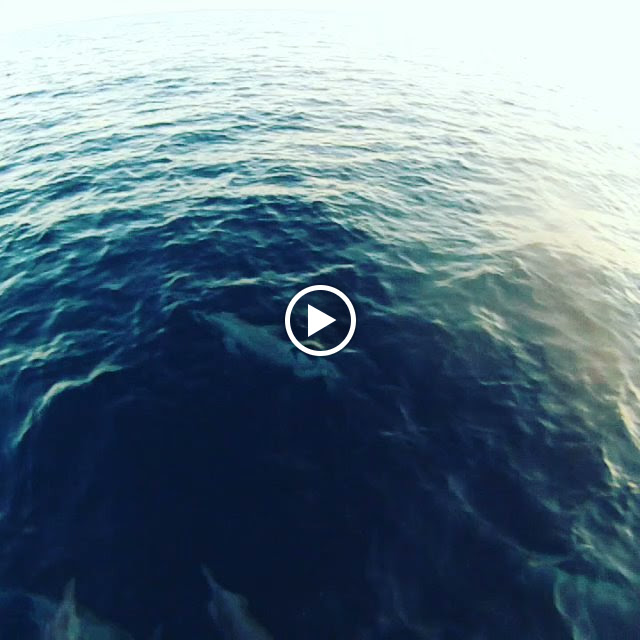